Our Special Projects business unit can count on an ingenious team of engineers with a strong experience in the subsea industry gained during several years of practical experience in the oil and gas market. In particular, we support EPC contractors and oil companies with the supply of tailor-made subsea connectors delivered as turnkey products.

De Pretto Industrie’s subsea connectors are always project-specific and customized to meet the installation and functional requirements of the application, with a focus on making the subsea operations faster and safer, while guaranteeing the required design life of the equipment. Indeed, De Pretto Industrie fully appreciate the importance of having reliable solutions when installed thousands of meters subsea, and at the same time mitigate any risk of longer installation campaigns.

The fabrication, qualification and test of our subsea connectors are carried out in our facility in Schio, where more than a century of knowledge in fabricating complex equipment for the energy industry contribute to the success of our clients. In particular, our internal resources for welding, cladding, machining, assembling and testing work side by side with our Special Projects team to optimize the design for fabrication of our solutions since the first engineering phases, with strong impacts on costs and lead time. This is what makes De Pretto Industrie the ideal partner for all EPC contractors and oil companies looking for a competent and reliable partner able to provide customized solutions to their subsea challenges.

The two main categories of subsea connectors that De Pretto Industrie can deliver are: 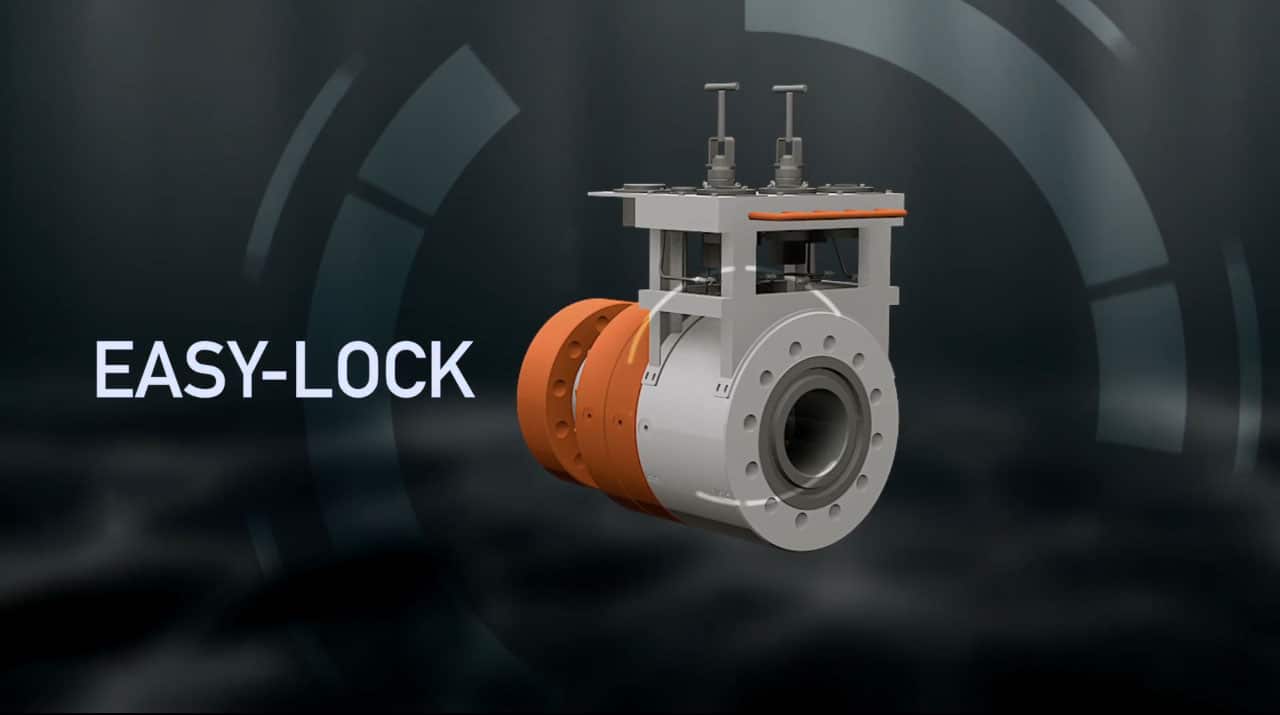 De Pretto Industrie is an original equipment manufacturer of subsea swivel connectors for flexible flowlines. Our subsea swivels are supplied fully customized in accordance with the specific project requirements and industry standards.

De Pretto Industrie’s subsea swivel connector is an essential component that can turn complex subsea installations in simple routine operations without risks of delay. Our subsea swivel is installed between the termination of flexible flowlines and their diverless vertical connectors (MCV or VCM) by means of bolted flanges that can be customized to the specific needs of the projects. Our subsea swivel connector guarantees free relative rotations between its two flanges during installation and tie-in in deep water.

The main features of our subsea swivel connectors are listed below:

Optional ROV panel to activate or deactivate the sealing system

Customization of the flanged connections

Full cladded body for the most corrosive applications

Maximum working pressure up to 15000 psi

Maximum diameter up to 36 inches

Fail safe and patented technology (Easy Lock) for the energization of the metal to metal sealing system, qualified for multiple energizations / de-energizations

Customization of the material selection

Installation water depth up to 3500 m

The Easy Lock patented technology that De Pretto Industrie developed for its subsea swivel connectors can also be used to mitigate the risk of uncontrolled rotation of inline components during S-lay in deep water. Indeed, this is particularly critical when there are inline components like PLEM, PLET, ILS (inline sled) or ILV (inline valve) that require strict rotational tolerances once installed subsea.

During S-lay installation, the pipeline can rotate due to a wide range of reasons: pipeline friction between pipeline and rollers, pipeline geometrical asymmetries, plastic deformations, residual stress, inline components with eccentric center of gravity, friction on the seabed to name but a few. This may result in inline components deployed outside the required rotational tolerances, and consequently, in complex and expensive offshore operations to position the inline components within the project requirements.

Our Easy Lock technology can be easily integrated in the inline components to allow the free rotation of the rigid pipeline during the pipelay operations. Afterwards, once the inline component has reached its final position, the metal-to-metal sealing system of our Easy Lock technology can be energized with an ROV. This solution guarantees the tightness of the pipeline for the entire design life of the system.

As any product developed by De Pretto Industrie, it can be fully customized based on the requirements of the specific project and can be integrated in the inline components that present the risk of overturning during S-lay in deep water.

De Pretto Industrie can support EPC Contractors and Oil Companies in the development of special subsea pipeline connectors customized to meet the required functionalities and performances of any subsea application. These connectors can be either diverless or ROV operated.

De Pretto Industrie can combine in-house design, fabrication and test resources, which give full control of the development process of new prototypes for subsea pipeline connectors. This goes side by side with our flexibility and collaborative approach that identify De Pretto Industrie and its Special Projects Business Unit as the ideal partner for such innovative products.

By continuing to use the site, you agree to the use of cookies. more information